← more from
Bedroom Community
Get fresh music recommendations delivered to your inbox every Friday.
We've updated our Terms of Use. You can review the changes here. 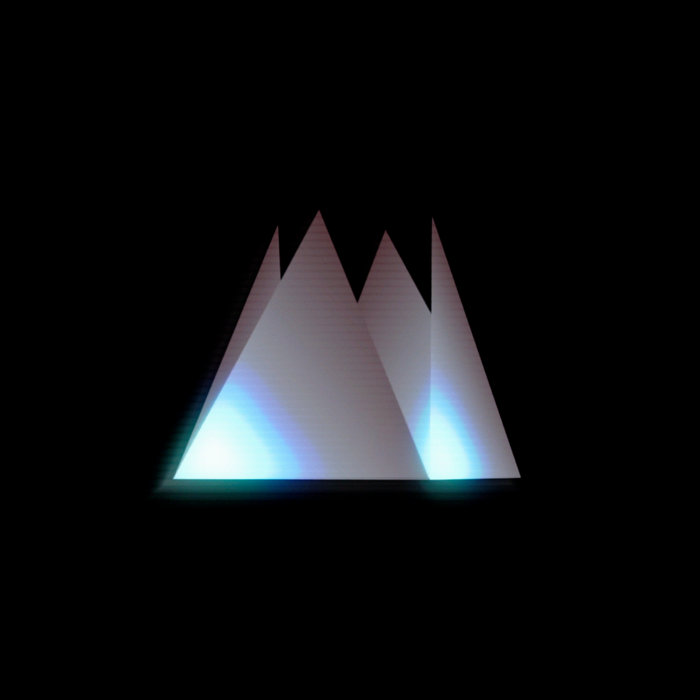 1 A pint of plain is your only man.

2 Thirty-odd minutes of @nadiasirota is your only drone.

Tessellatum is an album and a film, with music composed by Donnacha Dennehy and animation by Steven Mertens, performed by violist Nadia Sirota and viola da gamba player Liam Byrne. The film and the music both work with the idea of man vs. nature. Steven Mertens’ electric animation toggles back and forth between man-made geometric perfection and the natural oddness of the deep ocean. Donnacha Dennehy’s addictive timbres move between tuning systems created by humans and the ones found in natural resonance. As a result, the two works of art support and enhance each other, using the same form and structure to create an incredibly moving work of art.

All fifteen string parts were performed by Nadia Sirota and Liam Byrne on viola and viola da gamba. The album was recorded in Iceland’s famed Greenhouse Studios by Paul Evans and mixed by Valgeir Sigurðsson. Produced by Nadia Sirota.

Violist Nadia Sirota’s varied career spans solo performances, chamber music, and broadcasting. In all branches of her artistic life she aims to open classical music up to a broader audience. Nadia’s singular sound and expressive execution have served as muse to dozens of composers, including Nico Muhly, Bryce Dessner, Missy Mazzoli and Marcos Balter. Nadia won a 2015 Peabody Award, broadcasting’s highest honor, for her podcast Meet the Composer, from Q2 Music, which deftly profiles some of the most interesting musical thinkers living today. Nadia is a member of the chamber sextet yMusic and the chamber orchestra Alarm Will Sound.

Composer Donnacha Dennehy has had work featured in festivals and venues around the world, including the Edinburgh International Festival, Royal Opera House (London), Carnegie Hall, The Barbican, and BAM. His Nonesuch release Grá agus Bás was named one of NPR's "50 favorite albums" (in any genre) in 2011. He has been on the music faculty at Princeton University since 2014.

Director and animator Steven Mertens has worked in many forms, from traditional stop motion animation to 3D motion graphics, live action and design. Steven has directed music videos for artists including Regina Spektor, Cedric Gervais and Dan Auerbach. Steven was a featured artist in the Tribeca Film Festival's New Online Work ("NOW") program, which recognizes creators of fresh online work and highlights the next generation of online storytellers.

Liam Byrne divides his time between playing very old and very new music on the viola da gamba. For several years he was a member of the renowned viol consort Fretwork, with whom he toured internationally and played an active role in commissioning new works. He has recently had works written for him by David Lang, Edmund Finnis, Nico Muhly, Valgeir Sigurðsson and others. In April 2015, Liam became the first musician to be awarded a 6-month Artist Residency at London’s Victoria and Albert Museum, in connection with the opening of their new Europe 1600-1815 galleries.

Tessellatum was commissioned in an acute fit of jealousy. The first time I heard Donnacha Dennehy’s music I was seduced, I needed to be a part of that sound world, to inhabit it, even. Donnacha’s work is almost cubist — he fractures sonorities and re-assembles them into intricate kaleidoscopes of sound, thrusting piles of animated drones and pulses next to ionized timbres derived from the harmonic series.

For this piece, we settled on an odd and kind of unprecedented instrumentation: 11 bass viols and 5 violas. I had spent a loopy, jet-lagged morning reading renaissance duets with the viola da gamba player Liam Byrne in London, and become obsessed with the weird timbral pairing of viola and bass viola da gamba, which flips the darkest sounds to the highest register and the brightest sounds to the lowest.

Donnacha took this idea and spun gold with it, creating a kind of unrelentingly-beautiful wall of sound, which he deployed, along with harmonies derived from the harmonic series, to gradually un-moor the ear from its ingrained, equal-tempered references. For this record, Liam and I multi-tracked all 15 parts, producing a tapestry which moves from almost-medieval textures through spectral vales to nearly-Celtic passagework.

The animator Steven Mertens had a kind of crazy task: creating a way for audiences to absorb the structure of this tightly-woven work in real-time. Mertens solved for this in a completely unique way, creating his own syntax of abstracted deep-sea tabelaux, forming an alien but parallel world, structurally identical to the music but fully translated and adapted to his rich visual universe. The result is gorgeous, illuminating synergy- two works of art that support and enhance each other.

A note on tuning the viols:

The viola da gamba is most often associated with early music, music written in the 500-year span from the thirteenth century onwards, so how do you make that instrument perform the very modern task of playing Donnacha’s microtones — pitches that would be found in-between the keys of a piano?

It turns out that viols were kinda built for this. Back in their day, specifically the 16th-ish century, tuning systems were all over the place. Western music didn’t completely settle on our neat-n-tidy 12-equal half-steps thing until something like 200 years ago, and even so, equal temperament’s domination came about super gradually. So all this is to say: viols are actually pretty easy to modify. For Tessellatum, Liam split some frets and tied on a whole bunch of new ones. The tricky part was that, unlike oddly-tempered early music pieces, Tessellatum is constantly toggling between equal temperament and just (harmonic series) intonation. So this meant that Liam and Donnacha had to conspire pretty epically to make all these pitches physically possible. But they did it! And it’s ingenious and gorgeous and completely unique.

Bandcamp Daily  your guide to the world of Bandcamp

Quelle Chris joins the show to discuss his most recent release, "DEATHFAME"