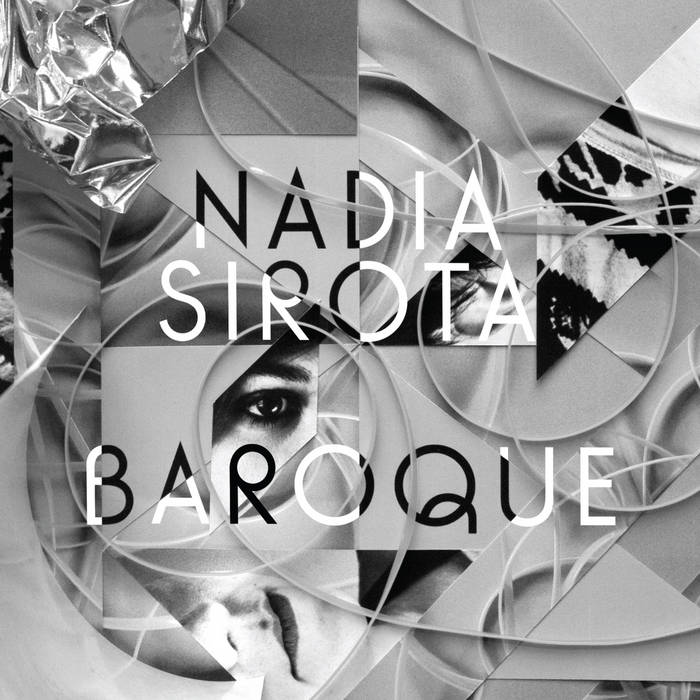 mcdan77 This is ridiculously good. By turns visceral, heartbreaking, inventive, modern - but utterly timeless. Stunning. Favorite track: From The Invisible To The Visible.

pete hamilton Etude 3 is amazing
it is one of my favourite ever pieces of music and my most shared track
it gives me false memories, a feeling of sadness about remembering happy times past
the organ is incredible
thank you

Brian Franklin I love this album. Every track is a new musical experience.

diskant I like to really listen to 6. Sleep Variations. Then there is 5. Tristan Da Cunha and 4. Étude, which is nice music for sunday morning breakfast or for tea time.

There is no Bach on Baroque; no Handel, Telemann or Vivaldi. This is the music of the 21st Century, not the 17th, and the composers are violist Nadia Sirota’s friends—who just happen to include some of the most respected musicians of our own moment.

The six pieces on Baroque were written with Sirota’s distinctive sound in mind and recorded (by her longtime collaborators at Bedroom Community) to exaggerate the idiosyncracies of her tone. Fellow labelmates Nico Muhly, Daníel Bjarnason and Paul Corley provide three pieces, while composers Judd Greenstein, Shara Worden and Missy Mazzoli provide the other three.

Baroque , as the title of the album, references a number of things; the concerto form - balancing a soloist against ensemble accompaniment - is an invention of the Baroque era, so while there are concerti here, of a sort, they’re concerti of a decidedly more portable variety. Both Judd Greenstein’s “In Teaching Others We Teach Ourselves”, whose intimate ensemble accompaniment opens the album with a different paradigm of “solo” versus “tutti” than more famous efforts in the form, and the self-aware symphonics of Daníel Bjarnason’s

“Sleep Variations”, which closes the disc, build Sirota’s virtual backup band from the overdubbed sound of her own playing. There’s also something very Baroque about the style of pieces like “From the Invisible to the Visible”, by Shara Worden (Clogs, My Brightest Diamond), and “Tooth and Nail” by Missy Mazzoli, two radically different pieces that are both about the elaborate ornamentation of slowly moving harmonies.

Sirota’s approach to the instrument owes something to recent trends in Baroque playing. She can keep her bow-hand light and her left hand still, for a gin-dry sound. It’s a sound prized by, among others, Nico Muhly who thinks of Sirota as his most trusted interpreter—another reason being the sort of rhythmic precision his “Étude 3” demands, with an almost wicked glee. Paul Corley creates a piece to which timbre is so central that the voice of Sirota’s instrument seems as much a part of the composition as the notes she plays. His “Tristan da Cunha”—dark, extreme, and alarmingly detailed—is “Baroque” in the sense of “Brueghel-esque.”

Which leads us to the one thing all of these pieces have in common: that level of detail. Words like “complex,” applied to music, too often suggest a level of intricacy designed to confound, whereas each of the works Sirota brings together here offers an audible clarity of purpose. So let’s instead say that these works—to whatever extent they may recall the Baroque—are instead exquisitely baroque, each concerto, miniature or soundscape realized with extravagant intricacy.

Baroque will be released on New Amsterdam Records in the US.

1. "In Teaching Others We Teach Ourselves" - composed by Judd Greenstein

2. "From the Invisible to the Visible" - composed by Shara Worden


This record would not be possible without Paul Evans, Valgeir Sigurðsson, Daníel Bjarnason, Nico Muhly, Jamie McVinnie, Ben Frost, Luke Howard, Alexander Overington, Einar Stefánsson, Hildur Maral Hamíðsdóttir, Sturla Míó Þórisson, and all of the wonderful folks at Greenhouse. Special thanks to Claire Carter at the Scottsdale Museum of Contemporary Art, New Catalogue (Luke Batten and Jon Sadler), Mary Voorhees Meehan, and Becca Goesling. Many many thanks to New Amsterdam Records and Bedroom Community, Samantha West, Neil Donnelly, Mother Vicki, Dr. Bob, and all of the amazing composers on this record: Judd Nico Shara Paul Daníel and Missy. You all are the best ones.

Bandcamp Daily  your guide to the world of Bandcamp

Guest hosted by Tamar Osbourn aka Collocutor and Toshio Matsuura.